The missus and the son both wanted to watch Dhoom 3. Missus because she has been going nuts staying at home trying to motivate son to study for his fast approaching exams. Son..... for the same reason. Accordingly I was told to go buy tickets.

"But it's only Friday. We're going on Sunday evening"

I went. And good thing too, because, to my shock, the seats were filling up faster than Robert Vadra's coffers.

"Don't want to end up with spondylitis" I said, with a smile, attempting some levity. The ticket guy yawned.

"What's the next show?" I asked

Wow. How MANY shows did they have?

"Seventeen shows sir. So can I give you 6.30 pm? Third row available"

I bought them, for roughly as much money as I had taken the family for their first vacation, to Matheran.

Presently the day arose. Wearing all our finery - ok, the missus. Son and I looked exactly as we look on Sunday evenings -like flower people who have slept the night on the beach - and heard out the missus on how depressing it is to go out with people who look like ...like...like...
"Out of work poets?" son suggested helpfully. Missus scowled and told us to atleast comb our hair.

The cinema wore a festive look. People milled about. Popcorn was being bought. Son met some school friends and got busy talking to them. Missus gave my arm a gentle squeeze "Don't look so morose, sweet. This too shall pass. I'll sit next to you and we'll watch it together"

The movie trundled along mostly featuring Aamir Khan and a cheesy back story about a circus magician and his son. Abhishek Bachchan put in a guest appearance every now and then. Uday Chopra, who irresistibly reminds me of the laughing cow on the Laughing Cow brand of cheese 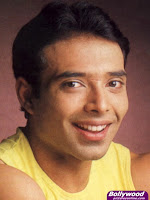 floated in and out making what appear to be comic remarks. The man has to be the worst actor in the world, though missus found him "kind of cute". All through the film, the cinematography was wonderful.

One victim, unintended, I'm sure, was the entire field of Newtonian mechanics. Bikes, cars, people and random objects pursued trajectories through space which none of the sainted Isaac's equations could have described. I got a nice idea for a comic, which I shared with son. Here it is.

Scene: Heaven. Cherubs are playing harps in the clouds. A happy faced sun is sending beams onto earth. A bearded St. Peter is smiling benevolently. Einstien is seen wandering in a pensive state.


St. Peter: What is the matter, Albert? You look thoughtful
Einstein: It is Sir Isaac. Ever since I got here, he has been avoiding me and refuses to even look in my direction. He was such a great physicist! I'd love to be his friend

St. Peter: Oh, I know the reason for that. He believes that ever since you formulated your theory, people have stopped believing in his

Einstein: Oh no! On the contrary, he still rules in the everyday world. Nothing works without recourse to his laws. Even space travel

St Peter: Is that so?

Einstein: I will wager my gluteus on it.

St. Peter: Hmmm. We could tell him this..... but it would be so much better if he could go down and see for himself

Einstein: That would be so nice! Can you do it?

And so Newton is sent to earth to see for himself. He wanders around in amazement, steadily becoming happier to see that the world does indeed follow his laws. Then he sees posters for movies. He decides to see one for himself. Unfortunately he watches Dhoom 3

St. Peter: Albert, we should have never done this. Isaac has been bawling uncontrollably ever since he got back and the boss is PISSED!

Son agreed it would be a nice comic.

"It'll be a bitch to draw though".

We both reflected on the truth of that.

So in conclusion, if Newton and his laws don't mean anything to you personally, I recommend one viewing. It is cheesy as hell, but well shot. Logicians can expect to die or be seriously addled. The rest of us will come back mildly woozy but in one piece. Like all Hindi movies these days, you can almost feel the desperation when they try to flesh out the 3 hour duration that the paying public expect the film to run for with songs, chase scenes, more songs and Uday Chopra giving his Laughing Cow impression. Katrina, who seems to have done some radical plastic surgery to get rid of her saddlebags, gyrates with a hint of desperation, but is generally pleasing to the eye. The music is mostly loud.

'Nooobody makes grilled chicken for me!" said the missus.

The correct response, for those of you who have not married, is not "what?" "where?" "who?" or even "how?". It is "I will make grilled chicken for you".

Thus it came about that I stood in front of our oven, aka OTG, trying to figure out how much 450F is in the stupid machine's settings of "warm", "hot" and "mallika sherawat". I'm kidding. The calibration was in degrees C and when you are a couple of decent single malts down, with a recipe culled from the internet and, sadly from an American website which tells everything in Fahrenheit, you're not at your best deducting thirtytwo, multiplying by five and dividing by nine. The lad came to the rescue, but not before he conducted some embarassing prelimary questioning.

"What are you doing?"

"Your mom wants to eat it"

"Oh. But why haven't you skinned it?"

"She wants it Chinese style, with the skin roasted. Some roasted chicken chinese style or something"

"You got the recipe?"

"Yes. It says to sprinke salt and some oil, and grill at 450 F for thirty minutes"

It was confession time.

So I ended up doing a decent job. The kitchen, for some reason, filled up with smoke. "The devil are you doing?" came the missus' distant yell

"All fine, sweet, all fine" and then, to younger son "why the devil is there so much smoke""

"Oh" and I corrected the setting. Damn these newfangled variable lens glasses the optician fobbed off on me.

"How long do you reckon I should keep the chicken in there?" I cravenly asked the lad.

"Dude! I have some kind of exam, you know"

So at last the chicken is done. We are eating it with store-bought oyster sauce but missus has that expression which says "ummmm!"